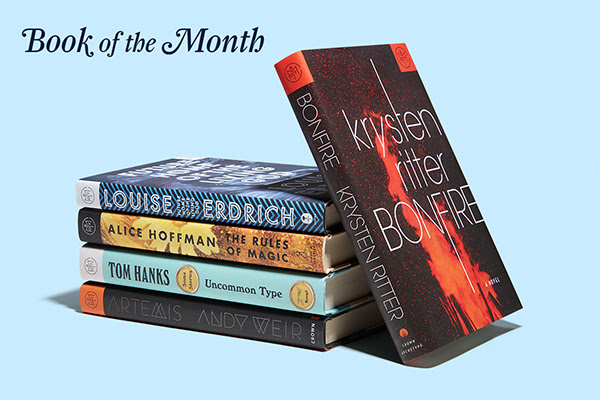 Starting now, anyone who purchases a 1-month BOTM subscription will get 1 month free! That’s two months for the price of one––two brand new hardcover books for only $14.99! END_OF_DOCUMENT_TOKEN_TO_BE_REPLACED

Breaking news! Book of the Month has two amazing deals for October!  END_OF_DOCUMENT_TOKEN_TO_BE_REPLACED

What would men do in a world without women? Stephen King partners with his son Owen to create a near-future thriller in which all women have fallen into a trance-like sleep—all except for one. Sleeping Beauties follows two groups of men, with very different motives, who track the one immune woman in the world. It’s as all-consuming as you’ve come to expect from the master of the page-turner. — Book of the Month END_OF_DOCUMENT_TOKEN_TO_BE_REPLACED 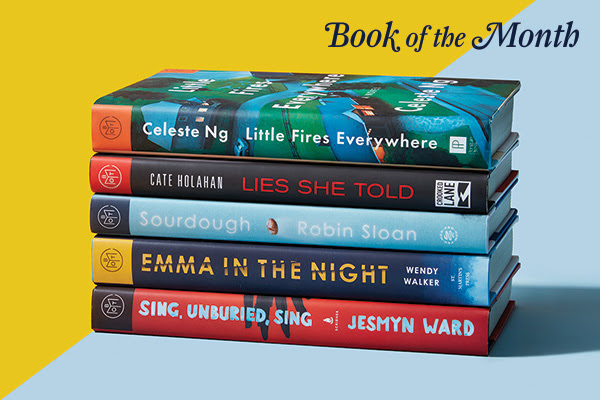 September is here and Book of the Month has some great books to show you! First, just a quick reminder on their pricing: Book of the Month is a monthly subscription that is $14.99. Members can add extra books to their boxes for $9.99 each. A new member can sign up for the introductory price of $9.99 (for their initial 1, 2, or 3 months).  END_OF_DOCUMENT_TOKEN_TO_BE_REPLACED

One of the July selections for Book of the Month is Goodbye, Vitamin by Rachel Khong which will be released on July 11th, 2017 by Henry Holt and Company… SYNOPSIS: A young woman returns home to care for her failing father in this fine, funny, and inescapably touching debut, from an affecting and wonderfully original new literary voice. A few days after Christmas in a small suburb outside of L.A., pairs of a man’s pants hang from the trees. The pants belong to Howard Young, a prominent history professor, recently diagnosed with Alzheimer’s disease. Howard’s wife, Annie, summons their daughter, Ruth. Freshly disengaged from her fiance and END_OF_DOCUMENT_TOKEN_TO_BE_REPLACED

A Free Gift For You – Bag this tote when you join for 2+ months! END_OF_DOCUMENT_TOKEN_TO_BE_REPLACED

I am so excited to tell you about the July Book of the Month selections! This month, Judge Liberty Hardy selected Final Girls by Riley Sager, which Stephen King calls “the first great thriller of 2017.” The other four selections are a debut novel about love, family, and memory; a true crime story of arson; a rags-to-riches tale set in modern India; and a END_OF_DOCUMENT_TOKEN_TO_BE_REPLACED

Chemistry: A Novel by Weike Wang is one of Book of the Month June selections and was published May 23rd 2017 by Knopf. Three years into her graduate studies at a demanding Boston university, the unnamed narrator of this nimbly wry, concise debut finds her one-time love for chemistry is more hypothesis than reality. She’s tormented by her failed research–and reminded of her delays by her peers, her advisor, and most of all by her Chinese parents, who have always expected nothing short of excellence from her throughout her life. But there’s another, nonscientific question looming: the marriage proposal from her devoted boyfriend, a fellow scientist, whose path through academia has been relatively free of obstacles, and with whom she can’t make a life before finding success on her own. END_OF_DOCUMENT_TOKEN_TO_BE_REPLACED

The Seven Husbands of Evelyn Hugo by Taylor Jenkins Reid is on of the selections for June from Book of the Month. From Taylor Jenkins Reid comes an unforgettable and sweeping novel about one classic film actress’s relentless rise to the top—the risks she took, the loves she lost, and the long-held secrets the public could never imagine. Evelyn Hugo is finally ready to tell the truth about her glamorous and scandalous life. But when she chooses unknown magazine reporter Monique Grant for the job, no one in the journalism community is more astounded than Monique herself. Why her? Why now? Monique is not exactly on top of the world. Her husband, David, has left her, and her career has stagnated. Regardless of why Evelyn has chosen her to write her biography, Monique is determined to use this opportunity to jumpstart her career. Summoned to Evelyn’s END_OF_DOCUMENT_TOKEN_TO_BE_REPLACED

A Million Junes by Emily Henry is one of the Book of The Month June 2017 selections by Judge Katie Cotugno… For as long as Jack “June” O’Donnell has been alive, her parents have had only one rule: stay away from the Angert family. But when June collides—quite literally—with Saul Angert, sparks fly, and everything June has known is thrown into chaos. Who exactly is this gruff, sarcastic, but seemingly harmless boy who has returned to their hometown of Five Fingers, Michigan, after three mysterious years away? And why has June—an O’Donnell to her core—never questioned her late father’s deep hatred of the Angert family? After all, the O’Donnells and the Angerts may have mythic legacies, but for all the tall tales they weave, both founding families are tight-lipped about what caused the century-old rift between them.
As Saul and June’s connection grows deeper, they find that the magic, ghosts, and coywolves of Five Fingers seem to be conspiring to reveal the truth about the harrowing curse that has plagued their bloodlines for generations. Now June must question everything she knows about her family and the father she adored, and she must decide whether it’s finally time for her—and all the O’Donnells before her—to let go. END_OF_DOCUMENT_TOKEN_TO_BE_REPLACED