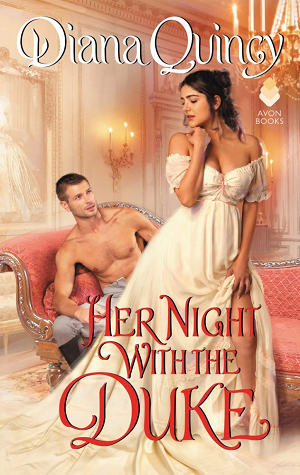 When Lady Delilah Chambers finds herself stranded at a country inn on a rain-swept evening, she’s forced to fend off a group of ruffians with the help of a handsome gentleman. Irresistibly drawn to each other, Leela and the stranger spend one reckless night in each others’ arms—and then go their separate ways. But the very next day Leela receives the shock of her life when she meets the duke who is set on wedding her beloved stepdaughter.

One night isn’t enough with a woman as fierce, fiery, and brilliant as Leela. Elliot Townsend, Duke of Huntington, cannot believe his good fortune when their chance encounter leads to an unforgettable evening of passion. Yet Hunt’s luck runs out when he is introduced to his prospective mother-in-law. Dowagers aren’t supposed to look like this…

Leela and Hunt are determined to keep each other at arm’s length, which should be easy enough for two intelligent adults with reputations to uphold. The problem is all logic is lost when it comes to a passion that refuses to be ignored. 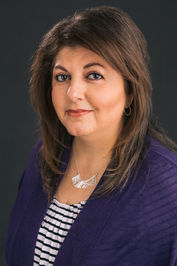 About the author: Bestselling author Diana Quincy is an award-winning television journalist who decided to make up her own stories where a happy ending is always guaranteed. Her books have been included on “Best of” lists in Library Journal and The Washington Post.

As a U.S. Foreign Service brat, Diana grew up all over the world, but is now happily settled in Virginia with her husband and two boys. When not bent over her laptop, Diana spends time with her family, reads, practices yoga, and plots her next travel adventure. www.dianaquincy.com

Review of Her Night with the Duke

Her Night with the Duke is the first book in the Clandestine Affairs series by Diana Quincy. A story that is rich in detail, lots of love, and swoon-worthy passion. I was swept away from the first page and knew this was going to be a magical read. Quincy’s writing style is magical and reads like a movie. The lead female character is strong, determined, and independent. She is a force to deal with. All hidden behind a Lady that is unique,  hard-core, and absolutely is in love with a one night stand.  Her Night with the Duke is a classic historical romance with the spice and heat that readers want. *I received a complimentary copy in exchange for a review.*