Isabel has one rule: no dating.
It’s complicated―
It’s dangerous―
It’s never felt better―
―to consider breaking that rule for him. 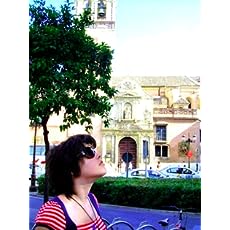 About the author: (from Goodreads.com) Hannah Moskowitz wrote her first story, about a kitten named Lilly on the run from cat hunters, for a contest when she was seven years old. It was disqualified for violence. Her first book, BREAK, was on the ALA’s 2010 list of Popular Paperbacks for Young Adults, and in 2013, GONE, GONE, GONE received a Stonewall Honor. 2015’s NOT OTHERWISE SPECIFIED was named the YA Bisexual Book of the Year. She’s also the co-author of GENA/FINN with Kat Helgeson and has contributed to several anthologies. She lives in Maryland with several cats, none of whom are violent.

Review of Sick Kids in Love

Sick Kids in Love is a young adult romance that deals with a serious topic but shows the lighter side of being in love and not the seriousness of the illness. I started reading this by preparing myself for heartbreak but found it to be surprisingly captivating. You are sure to experience a roller coaster of emotions crying one minute and laughing the next. Moskowitz shares a story of dating, friendship, and love with well-developed intriguing characters and side characters with their own issues. A complex story that is sure to draw you in and entangle you into a web of characters you are sure to love. Sick Kids in Love is the kind of story that stays with you long after reading. *I received a complimentary copy in exchange for an honest and unbiased review.*