Flying Alone: A Memoir by Beth Ruggiero York – At thirteen years old, Elizabeth Ruggiero’s heart was broken when her father died suddenly. But there was a bigger challenge ahead when doctors told her she probably had multiple sclerosis at 22 years old. Elizabeth vowed that this new challenge would not put restrictions on her life and embarked on a lifelong dream to fly for the airlines. Starting at the small local airport, the aviation world swallowed her whole, and the next five years of her life were as turbulent as an airplane in a thunderstorm, never knowing when, how or if she would emerge.

An agonizing love affair with her flight instructor, dangerous risks in the sky and flying broken airplanes for shady companies all intertwined to define her road to the airlines. Elizabeth made it to her goal and was hired by Trans World Airlines in 1989. Flying Alone is told with soul-baring candor, taking readers on a suspenseful journey through the terror, romance and ultimate victory of those years. 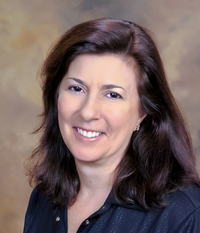 About the author: (from Goodreads.com) Beth is a former airline pilot for Trans World Airlines. She entered the world of civil aviation in 1984 shortly after graduating from college and, for the next five years, climbed the ladder to her ultimate goal of flying for a major airline. Beth originally wrote Flying Alone in the early 1990s, shortly after her career as a pilot ended and the memories were fresh. She is now a Chinese translator and a professional photography instructor for Arizona Highways PhotoScapes. She has published a popular instructional book on night photography, Fun in the Dark: A Guide to Successful Night Photography, which has worldwide sales, and she has co-written a book entitled, Everglades National Park: A Photographic Destination. Beth and her husband live in Fountain Hills, AZ.

Flying Alone is a captivating memoir by Beth Ruggiero York about her journey in finding acceptance. A beautifully well-written story of heartbreaking yet uplifting struggles the author faced in her longing to belong. Flying Alone shares the struggles that one woman faces when trying to pursuing a career in a male-dominated culture. York shares her personal growth and how she finds confidence during some of her weakest moments. **I received a complimentary copy in exchange for an honest and unbiased review.**