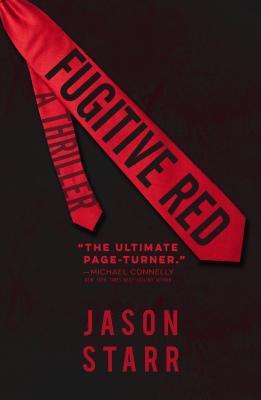 Love on the Internet gone wrong

Reminiscent of Nick and Amy in Gone Girl, Jack and Maria have a tortuous history. Jack was an up-and-coming rock guitarist living on Manhattan’s Lower East Side. His girlfriend Maria was just beginning a corporate career. They were happy and in love.

Now Jack’s music career has stalled, and he isn’t doing much better as a real estate agent. Maria’s doing well at her job, but she travels frequently, and it’s taken a toll on their marriage. While they both love their son Jonah, they don’t seem to have much else in common.

When a friend from L.A. tells Jack about a new extramarital dating app called Discreet Hookups, Jack quickly meets Sophia, who goes by the online name Fugitive Red. Jack and Sophia hit it off and have a steamy online affair. But when Jack gets up the nerve to meet Sophia in person, he discovers her dead–strangled by a red necktie.

Immediately, Jack becomes a person of interest in the murder. Maria, furious and betrayed, locks Jack out of the apartment and cuts off access to their joint accounts. Jack sets out to prove his innocence. Instead, he leaves a trail of dead bodies in his wake, and the police close in on him. Worse, he discovers that he has been the victim of a sinister scheme that may cost him his life.

About the author: Jason Starr was born and raised in Brooklyn. He began writing plays and fiction in college at Binghamton University. Starr has an MFA in Playwriting from Brooklyn College. He is the international best-selling author of fourteen novels and four novels coauthored with Ken Bruen. Starr also writes graphic novels and superhero comics for Marvel and DC. He has won the Barry Award and is a two-time winner of the Anthony Award. Several of his books are in development for TV, film and theater. His books have been translated into ten languages. Starr is known for his satirical urban crime novels, set mainly in the New York City area. He lives in New York City. www.jasonstarr.com

My Review: Fugitive Red is an action-packed fast-paced thriller that is sure to keep you on the edge of your seat. A story with many unknowns, twists and turns are around every corner. A story of self-destruction and desperation. Starr has created a world that is captivating and intoxicating. Once you start reading you will not want to put this one down. A true page-turner with a shocking ending. ** I received a complimentary copy in exchange for my honest and unbiased review. This post contains affiliate links and I will be compensated if you make a purchase after clicking on my links.**