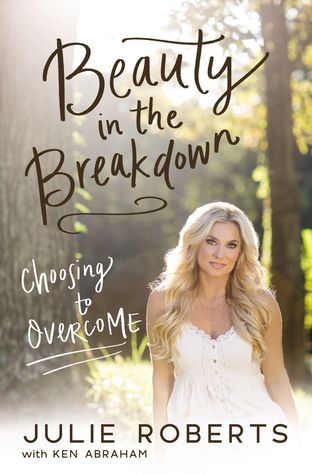 Beauty in the Breakdown: Choosing to Overcome by Julie Roberts and Ken Abraham – Published September 18th, 2018 by Thomas Nelson and is an Autobiography > Memoir

Country music singer Julie Roberts is no stranger to overcoming hard times through determination, hard work, and strength. Having escaped the emotional residue of her alcoholic father’s actions and insults, Julie moved from South Carolina to Nashville, Tennessee, to attend Belmont University and work as a receptionist at Mercury Records—all while secretly pursuing her dream of becoming a singer. Filling her nights with music and booking shows at obscure venues, the one requirement when Julie was hired at Universal Music Group was that she not be an aspiring singer. Yet, despite her best efforts to keep quiet, Julie knew God had placed music within her as a child and that it was bound to come out sooner or later. Raw, honest, and sometimes painful, Julie’s lyrics resonated quickly with country music fans, and her emotion-soaked debut album—a reflection of her own painful past—was an instant success.

Just as Julie’s dreams were coming true, her life began to unravel. Soon, she was battling debilitating physical illness, the rising waters of Nashville’s hundred-year flood, and a stalled career. Instead of succumbing to despair, Julie proved miraculously resilient—taking the steps she needed to face adversity head on and rebuild her life through her characteristic optimism, hard work, and faith.

Journey with Julie as she walks through the highs and lows of her career, the personal struggles she’s endured, the lessons she’s learned, and her sense of purpose as she rebuilds her singing career and contributes her voice to the work of supporting others with multiple sclerosis. Julie’s courage combined with her joyful personality and love for God will encourage readers in a uniquely powerful way.

• Has shared the stage with Rascal Flatts, Reba McEntire, Alan Jackson, and Keith Urban, as well as headlining her own shows 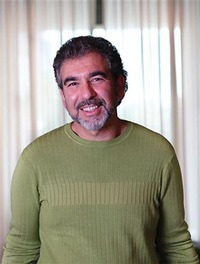 Ken Abraham is a New York Times best-selling author, known around the world for his collaborations with popular celebrities and fascinating, high-profile public figures.

My Review: Beauty in the Breakdown: Choosing to Overcome By Julie Roberts is an inspiring and inspirational read. Julie is a wonderful singer. I have listened to her music but I did not know anything about her personal life or backstory. Julie has a passion for music, a giving personality, a faithfulness in her life and career that is enduringly inspirational even if you are not a country music fan. You will love her openness and honesty as she shares personal stories about the music industry and life mistakes she has made along the way. Beauty in the Breakdown: Choosing to Overcome is an emotional but inspiring read that will stay with you long after reading.  ** I received a complimentary copy in exchange for my honest and unbiased review. This post contains affiliate links and I will be compensated if you make a purchase after clicking on my links.**