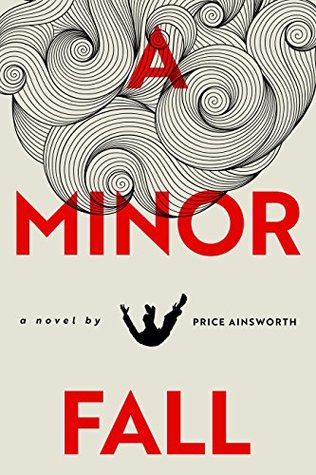 A Minor Fall: A Novel by Price Ainsworth was published on June 13th, 2017 by Select Books and is a legal thriller. The Minor Fall is a modern interpretation of an Old Testament saga. Davy Jessie is a young, personal injury trial lawyer working as an associate in a top-drawer law firm in Houston, Texas in 2005. In addition to trying difficult (sometimes impossible to win) cases assigned to him by the firm, Davy also assists Tim Sullivan (one of the named partners in the firm) in prosecuting more serious cases. Sullivan is a flamboyant, fashionable, facile at formulating a memorable turn of phrase, philandering litigator with a long history of trial victories and the material rewards that a contingency fee practice can yield. Davy is enamored with Sullivan and attempts to emulate Sullivan’s professional (and personal) behavior.After Davy wins one of the cases he was not expected to win, Sullivan designates Davy to lead the firm’s efforts in representing a group of landowners in eastern Kentucky whose properties have been contaminated by oil field production. Beth Sheehan, a contract lawyer hired by the firm to help with discovery on the case, travels to Kentucky with Davy where they have a brief affair, Davy returns to find that his wife Michelle is pregnant. The fallout from the affair and the stress of preparing the case send Davy spiraling into depression and emotional paralysis. Along the way down to his moral crisis, Davy contemplates existential questions about the nature of law, the importance of literature, the existence of God, and what (if anything other than single malt Scotch or cold chardonnay) gives meaning to life as he considers losing his wife, leaving the law firm, and abandoning the practice of law.

About the author: Price Ainsworth is a trial lawyer in Austin, Texas. A graduate of Texas Tech University (summa cum laude 1981) and The University of Texas School of Law (1984), he has been practicing law for more than 30 years. He primarily represents personal injury clients and has been Board Certified in personal injury trial law by the Texas Board of Legal Specialization since 1991. He has been consistently recognized as a “Super Lawyer” by Texas Monthly Magazine beginning in 2003, and Mr. Ainsworth is an Advocate in the American Board of Trial Advocates. While he has co-authored numerous law journal articles and frequently presents papers he has written at continuing legal education conferences and seminars, The Minor Fall is his first foray into published fiction. He and his wife of 27 years have two adult sons that visit them on occasion and an old bird dog whose eyesight is fading but whose nose is still strong enough to find her food bowl.

My thoughts: A Minor Fall is an extremely engaging and fast paced novel that is a well written thriller with information regarding law. A very informative read! This book is about a young lawyer named Davy. His mentor is Tim Sullivan. Davy is married to Tim’s daughter. He also has a son named Jonathan with Riza, a woman he had an affair with. Davy is a very fortunate man who works for a top law firm. His partner is his father-in-law. A truly intriguing read that is full of lies, deceit, loads of secrets and a death that ruins relationships changing the future for all the characters involved. ** I received a complimentary copy in exchange for my honest and unbiased. **